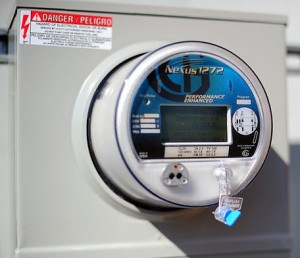 We, the undersigned are a group of scientists and health professionals who together have coauthored hundreds of peer-reviewed studies on the health effects of electromagnetic fields (EMFs). We wish to correct some of the gross misinformation found in the letter regarding wireless “smart” meters that was published in the Montreal daily Le Devoir on May 24. Submitted by a group Quebec engineers, physicists and chemists, the letter in question reflects an obvious lack of understanding of the science behind the health impacts of the radiofrequency (RF)/microwave EMFs emitted by these meters.

The statement that « Thousands of studies, both epidemiological and experimental in humans, show no increase in cancer cases as a result of exposure to radio waves of low intensity… » is false (1). In fact, only a few such studies — two dozen case-control studies of mobile phone use, certainly not thousands, have reported no elevations of cancer, and most were funded by the wireless industry. In addition, these reassuring studies contained significant experimental design flaws, mainly the fact that the populations followed were too small and were followed for a too short period of time.

Non industry-funded studies have clearly demonstrated a significant increase in cancer cases among individuals who have suffered from prolonged exposure to low-level microwaves, transmitted notably by radio antennas. The effects were best documented in meta-analyses that have been published and that include grouped results from several different studies: these analyses consistently showed an increased risk of brain cancer among regular users of a cell phone who have been exposed to microwaves for at least ten years.

Furthermore, the argument that brain cancer rates do not indicate an overall increase in incidence is not evidence that cell phones are safe: the latency for brain cancer in adults after environmental exposure can be long, up to 20-30 years. Most North Americans haven’t used cell phones extensively for that long. The evidence of the link between long-term cell phone use and brain cancer comes primarily from Northern Europe, where cell phones have been commonly used since the 1990s.

Children are especially at risk. In May 2012, the U.K.’s Office of National Statistics reported a 50 percent increase in incidence of frontal and temporal lobe tumors in children between 1999 and 2009. This statistic is especially disturbing since in May 2011, after reviewing the published scientific literature regarding cancers affecting cell phone users, the International Agency for Research on Cancer (IARC) classified radiofrequency radiation as a 2B, possible human carcinogen. Despite the absence of scientific consensus, the evidence is sufficiently compelling for any cautious parent to want to reduce their loved one’s exposure to RF/microwave emissions as much as possible, as recommended by various countries such as Austria, Belgium, Germany, Russia and the United Kingdom.

Public fears about wireless smart meters are well-founded. They are backed by various medical authorities such as the Public Health Departments of Santa Cruz County(California) and of Salzburg State (Austria). These authorities are worried about the growing number of citizens who say they have developed electrohypersensitivity (EHS), especially since for many of them, the symptoms developed after the installation of such meters (it takes some time for most people to link the two events).

Since the turn of the millennium, people are increasingly affected by ambient microwaves due to the growing popularity of wireless devices such as cell phones and Wi-Fi Internet. Therefore, the mass deployment of smart grids could expose large chunks of the general population to alarming risk scenarios without their consent. According to seven surveys done in six European countries between 2002 and 2004, about 10% of Europeans have become electrosensitive, and experts fear that percentage could reach 50% by 2017. The most famous person to publicly reveal her electrosensitivity is Gro Harlem Brundtland, formerly Prime Minister of Norway and retired Director of the World Health Organization (WHO).

While there is no consensus on the origins and mechanisms of EHS, many physicians and other specialists around the world have become aware that EHS symptoms (neurological dermatological, acoustical, etc.) seem to be triggered by exposure to EMF levels well below current international exposure limits, which are established solely on short-term thermal effects (2). Organizations such as the Austrian Medical Association and the American Academy of Environmental Medicine have recognized that the ideal way to treat of EHS is to reduce EMF exposure.

Therefore, caution is warranted because the growing variety of RF/microwave emissions produced by many wireless devices such as smart meters have never been tested for their potential biological effects.

While the specific pathways to cancer are not fully understood, it is scientifically unacceptable to deny the weight of the evidence regarding the increase in cancer cases in humans that are exposed to high levels of RF/microwave radiation.

The statement that « there is no established mechanism by which a radio wave could induce an adverse effect on human tissue other than by heating » is incorrect, and reflects a lack of awareness and understanding of the scientific literature on the subject. In fact, more than a thousand studies done on low intensity, high frequency, non-ionizing radiation, going back at least fifty years, show that some biological mechanisms of effect do not involve heat. This radiation sends signals to living tissue that stimulate biochemical changes, which can generate various symptoms and may lead to diseases such as cancer.

Even though RF/microwaves don’t have the energy to directly break chemical bonds, unlike ionizing radiation such as X-rays, there is scientific evidence that this energy can cause DNA damage indirectly leading to cancer by a combination of biological effects. Recent publications have documented the generation of free radicals, increased permeability of the blood brain barrier allowing potentially toxic chemicals to enter the brain, induction of genes, as well as altered electrical and metabolic activity in human brains upon application of cell phone RF/microwaves similar to those produced by smart meters.

These effects are cumulative and depend on many factors including RF/microwave levels, frequency, waveform, exposure time, biovariability between individuals and combination with other toxic agents. Clear evidence that these microwaves are indeed bioactive has been shown by the fact that low-intensity EMFs have proven clinically useful in some circumstances. Pulsed EMFs have long been used to successfully treat bone fractures that are resistant to other forms of therapy. More recently, frequency-specific, amplitude-modulated EMFs have been found useful to treat advanced carcinoma and chronic pain.

High frequency EMFs such as the microwaves used in cell phones, smart meters, Wi-Fi and cordless ‘‘DECT’’ phones, appear to be the most damaging when used commonly. Most of their biological effects, including symptoms of electrohypersensitivity, can be seen in the damage done to cellular membranes by the loss of structurally-important calcium ions. Prolonged exposure to these high frequencies may eventually lead to cellular malfunction and death.

Furthermore, malfunction of the parathyroid gland, located in the neck just inches from where one holds a cell phone, may actually cause electrohypersensitivity in some people by reducing the background level of calcium ions in the blood. RF/microwave radiation is also known to decrease the production of melatonin, which protects against cancer, and to promote the growth of existing cancer cells.

In recommending that the Precautionary Principle be applied in EMF matters, the European Environment Agency’s Director Jacqueline McGlade wrote in 2009: “We have noted from previous health hazard histories such as that of lead in petrol, and methyl mercury, that ‘early warning’ scientists frequently suffer from discrimination, from loss of research funds, and from unduly personal attacks on their scientific integrity. It would be surprising if this is not already a feature of the present EMF controversy… » Such unfortunate consequences have indeed occurred.

The statement in the Le Devoir letter that « if we consider that a debate should take place, it should focus exclusively on the effects of cell phones on health » is basically an acknowledgement that there is at least some reason to be concerned about cell phones. However, while the immediate exposure from a cell phone is of much greater intensity than the exposure from smart meters, cell phone use is temporary.

Wireless smart meters typically produce atypical, relatively potent and very short pulsed RF/microwaves whose biological effects have never been fully tested. They emit these millisecond-long RF bursts on average 9,600 times a day with a maximum of 190,000 daily transmissions and a peak level emission two and a half times higher than the stated safety signal, as the California utility Pacific Gas & Electric recognized before that State’s Public Utilities Commission. Thus people in proximity to a smart meter are at risk of significantly greater aggregate exposure than with a cell phone, not to mention the cumulative levels of RF/microwaves that people living near several meters are exposed to.

People are exposed to cell phone microwaves primarily in the head and neck, and only when they use their device. With smart meters, the entire body is exposed to the microwaves, which increases the risk of overexposure to many organs.

In addition to these erratic bursts of modulated microwaves coming from smart meters that are transferring usage data to electric, gas and water utilities, wireless and wired smart (powerline communication) meters are also a major source of ‘’dirty electricity’’ (electrical interference of high frequency voltage transients typically of kilohertz frequencies). Indeed, some scientists, such as American epidemiologist Sam Milham, believe that many of the health complaints about smart meters may also be caused by dirty electricity generated by the « switching » power supply activating all smart meters. Since the installation of filters to reduce dirty electricity circulating on house wiring has been found to relieve symptoms of EHS in some people, this method should be considered among the priorities aimed at reducing potential adverse impacts.

Rather Be Safe Than Sorry

The apparent adverse health effects noted with smart meter exposure are likely to be further exacerbated if smart appliances that use wireless communications become the norm and further increase unwarranted exposure.

This is why so many scientists and medical experts urgently recommend that measures following the Precautionary Principle be applied immediately — such as using wired meters — to reduce biologically inappropriate microwave exposure. We are not advocating the abolishment of RF technologies, only the use of common sense and the development and implementation of best practices in using these technologies in order to reduce exposure and risk of health hazards.

1. Scientific papers on EMF health effects
2. Explanation and studies on electrosensitivity
3. Governments and organizations that ban or warn against wireless technology