Fear of The Unknown Is Still Dividing The Planet 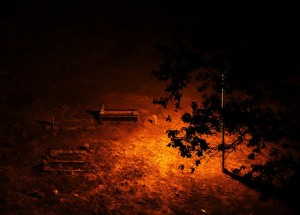 A common theme seems to be steadily intensifying with those who disagree with information on the internet–a fear of the unknown. There is a constant need to insult or criticize content which disagrees with their own sense of truth. Although confronting fear won’t always make it go away, many researchers suggest that people must alter memory-driven negative attitudes about feared objects, events or the unknown to overcome the fear itself, allowing open-mindedness and multiple perspectives to override negativity.

Much of our concept of ourselves and our attitudes as individuals in control of our destinies underpins much of our reality or what we think about our existence.

Some of these attitudes are often based on a powerful association between a fear and a negative feeling that is so strong, that many people can’t see or even think about the fear without experiencing that automatic negative reaction. For example, many people around the world devoted to their religion absolutely fear atheists. They refuse to relate to their position. They will not even conceive the right of atheists to their own opinions and feel extremely threatened by any content promoting the principles of atheism. The same can be true if we reverse the two roles. Neither position will ever advance the other if each can only think negatively about the other. This creates self-righteousness, divisions of superiority and of course ignorance.

Negative reactions to the unknown instills a sense of weakness in our character, specifically a lack of strength in our own convictions. When people have the need to strongly chastise others for their opinions and information they present, it shows a genuine deficit of attributes related to confidence about our own belief systems, morals and values.

Those who have confidence in their doctrines do not have to identify all those things they dislike so much in others or attempt to magnify those flaws to please their own conscience. In essence, they feel they must right-fight to support their own belief system since in their minds, a competing system must be incorrect.

There is always improvement in our outlook when we change the attitude representation. To change the likelihood that negativity or fear is automatically activated when one is placed in a specific situation, we must positively view the opinions of others as valid regardless of our own perception. If somebody see’s the sky as “green” instead of “blue”, instead of immediately declaring their state of mind as incorrect, we can think about how interesting it is that they see the sky “green” and perhaps ask ourselves why their perspective differs so greatly from our own.

Many of the websites I contribute towards constantly receive criticism for their content, however NONE of them approach other websites or choose to email individuals who have oppositions to their own views. Why? Because they know they are entitled to those views. They don’t engage them and they certainly don’t wish to begin any type of conflict with those who think differently than they do. Everybody has their own path in life and their learning is unique, allowing them to experience that uniqueness and growth at the deepest levels of their being. Their views are no more correct or incorrect than any other, especially since truth is 360 degrees and all perception defines our reality.

While many may disagree with that, it is the belief system of what is now millions of people on Earth. People are entitled to their own opinions, but if they feel the need to encourage websites or authors to change and direct their content towards a mentality that agrees with an opposing view, perhaps these same people should be looking into their own belief systems to discover why they feel so threatened or wronged by simple words. The same words can both positively and negatively affect millions of people. The difference lies in how we perceive another’s reality to be different from our own. We are all very much the same–just experiencing and learning at different rates. No one rate of learning is more superior or advanced than another, just different.

It is an opportunity to really learn something about ourselves–that judgement on others is only a judgement on ourselves. Other people in our lives serve as our own reflection of the imperfections we seek to correct in ourselves. We attract every person in our life for a reason–to show us who we are. If you think everybody in your life is around you by coincidence, you’re not paying attention to the very valuable lessons they are teaching you.

When we embrace our uniqueness and understand that every human being is here for a purpose and to follow a specific path, our judgement, criticism and control over others disappears. In the end, would you rather be right, or would you rather be kind? Be kind, with love and compassion, but most of all, allow others to just be. I can guarantee that if you practice this, you will be amazed at how quickly your outlook on your experiences will change. Most of all, you will never see information as a threat again.

Michael Forrester is a spiritual counselor and is a practicing motivational speaker for corporations in Japan, Canada and the United States.