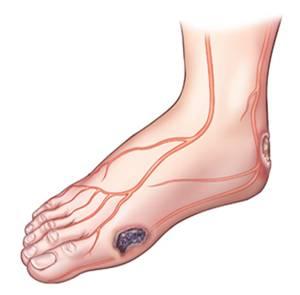 Thursday, May 19, 2011 by: Derrell Jones
See all articles by this author
Email this author

(NaturalNews) Along with diabetes may come many potential complications that include blindness, heart disease and kidney failure. In addition to these complications, amputations are a devastating reality as well. The need for amputations rests primarily in the fact that circulation is decreased. Tissues located in the extremities are starved of oxygen and begin to deteriorate and infections set in. In our collective healing history three therapies have been shown to improve or alleviate circulation issues in diabetics.Chelation TherapyChelation is the process of binding foreign substances, usually heavy metals, for removal from the body. EDTA is often used in chelation because it binds with minerals and metals such as mercury, iron and lead. For over twenty years Dr. Garry Gordon has used intravenous EDTA (EDTA IV) clinically. In his experience at the American College of Advancement in Medicine Dr. Gordon made some interesting observations. He noted his patients needed fewer amputations and experienced less renal failure (alleviating the need for dialysis) and less incidences of blindness. These comparisons were measured against patients on conventional diabetes medications and treatments.Oxygen Therapy

Diabetics have a hard time getting oxygen delivered to the extremities. This is because red blood cell metabolic rates in diabetics tend to be diminished. The result is less production of a key molecule called 2,3-Diphosphoglycerate, which stimulates red blood cells to deliver oxygen. That is where ozone comes in. Ozone is a more reactive form of oxygen that simulates the production of 2,3-Diphosphoglycerate. Increased efficiency in circulation and oxygen delivery can be observed as more 2,3-Diphosphoglycerate is produced. Ozone also assists in increasing cellular metabolism. Ozonation is a valuable resource when considering natural, alternative treatments for diabetes.

The benefits of exercise on overall health cannot be stated often enough. Our “sluggish” cultural mindset has had negative consequences on our health. For diabetics a lack of exercise can be at first debilitating and then deadly. Exercise, much like ozonation, oxygenates the blood and improves circulation. The heart itself becomes more fit with regular exertion which strengthens cardiac muscle. The stronger cardiac muscle pumps blood more efficiently. Also, the muscles of the body require more oxygen during exercise. The increased demand for oxygen tones and strengthens capillaries over time. Oxygen becomes more available due to the toned capillaries and improved circulation is achieved. Aerobic exercise and strength training at least 4 to 5 times per week is the order for better circulatory health. Of course, consulting with a healthcare practitioner is advisable before starting any exercise regimen.

If proper circulation is a problem, for you or a loved one, do your research and seek professional guidance. After all, circulation is literally about life and limb.