How to Turn Your Dreams into Reality 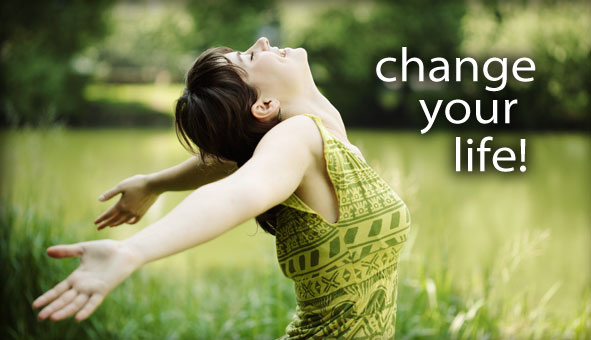 Everyone has a list of things they want to do before they die: faraway places to see, books to write, mountains to climb. Some people call it a bucket list, or a wish list, but I call it a dream list. Some people have a hundred things on their dream list, while others only have two, but everyone has a list, whether they know it or not. There is something deeply beautiful about having a serious dream list because it really reveals the inner truth about what you want in your life. At my coaching company the Handel Group, I have my clients analyze the different areas of their life and design and plan accordingly so that they have a road map to make the dreams on their list happen.

I find that the area where most people tend to be most complacent in the dreams is their career. It’s easy to get stuck in your career, even — in fact, especially — if you are in the field that you want to be in. It’s easy to be comfortable and doing what you always planned to do, but not really challenging yourself. This can lead to dissatisfaction and boredom — what you really need to stay inspired is a dream to focus on.

A few years ago, I reconnected with a friend from childhood, Craig Wedren, whom I went to summer camp with when I was 13 years old. His dream when we were kids was to become a famous rock star and change the world with his music. When we reconnected in our mid-30s, he was doing really well in his career. He had been the lead singer of the popular indie band Shudder to Think in his twenties and had become an accomplished TV and movie composer (“School of Rock,” “Role Models,” “Reno 911!,” “Hung,” “United States of Tara”). As we talked about his career, I found that even though he had many successes and was doing “what he always wanted to do,” he had lost sight of his dreams and inspiration. He knew exactly what he wanted at 20, but at age 35 he hadn’t continued to push his dreams.

The first thing I had Craig do was brainstorm about what he really wanted in his career — then write it into a dream list. Most people hit a point in their life where they stop dreaming or keep the list in the back of their mind. You need to put it down on paper so that you can really refine what exactly it is you want to do. After Craig wrote out his dream list, I asked him if there was anything on his list that he would be heartbroken if he didn’t achieve. He told me he had been thinking of trying to do a thoroughly modern update to the classic rock movie — in the vein of Pink Floyd’s “The Wall” and The Who’s “Tommy,” where he could tell an epic story through his music. He already had a concept and title: “Wand.” As a film composer, he had been writing music to fit with other peoples’ images, but he decided that it would be interesting to turn that on its head and create visuals to fit the music he’d written.

Often people avoid following a specific dream because it will takes years to achieve what they want.

With every client, I make sure they come to terms with how long it will take for a dream to happen. If you want to be a great skier, it won’t happen in a month; it may take five years or longer to master it. It’s important that the client understand and accept the amount of time it will take to achieve his or her dream. When Craig committed to doing this new project, he wasn’t sure how long it would take, but he really wanted it and was willing to spend years to make it happen.

To turn a dream into a reality, you have to put it in the time.

Once a client makes the decision to follow a dream, we immediately implement a plan of action. Craig was a working composer, so he wasn’t able to spend all his time working on “Wand.” So I had him look at his schedule and commit to working a certain amount of hours a week on it. I’m talking bite-sized commitments — real steps toward achieving your dream. If you commit to something that you are dying to do, even if you only give one day a month toward it, it will truly change how you think and dramatically improve your life.

Once Craig had a plan in place, I had him implement a system of consequences to help him keep his work promises and keep him focused on his dream. I like to find something that will really motivate a client. In this case, it was coffee. Craig really loves his espresso, so if Craig didn’t do his daily hours on “Wand,” he would lose his shots of espresso the following day. He was also accountable to me with his progress and had to email me details of his work on “Wand” every week. When going after a dream, it’s important to have someone keeping you on track to your goal. Dreams can become reality with a strong commitment, integrity and a plan. For Craig, working on it daily forced him to have it on his mind all the time, and led him and director Tim Nackashi to creatively pioneer a new kind of interactive, 360-degree visual style for “Wand.”

How anyone can make a dream happen:

Following your dream is the act of loving life.

When I started working with Craig, “Wand” was just a thought in his head. Through coaching and a solid commitment and plan, Craig discovered what he really wanted to accomplish and was able to figure out how to go after it.

Now, almost four years later, the first installment of “Wand,” “Are We,” is getting some serious online love and has been nominated for MTV’s O Music Award for Most Innovative Video. If he never put his dream down on paper and saw what he really wanted, “Wand” would never have become a reality.

* * * * *Craig’s Wedren’s interactive video “Are We,” the first chapter of “Wand,” can be seen at www.craigwedren.com, and you can vote for “Are We” at http://omusicawards.com/vote/most-innovative-music-video.